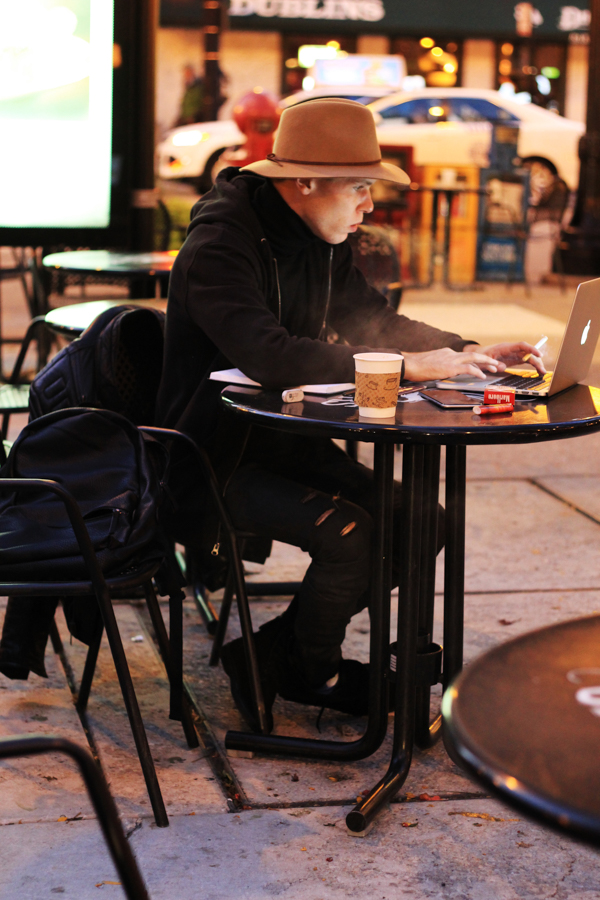 I am very attempted to just not comment on this post and leave you guys to figure out why I picked this scene for a photo.

But I can’t. lol. First of all. The hat! Something about his hat. If he didn’t wear the hat, I would probably not have approached him. I definitely dig the all black outfit and the black backpack, but the hat? Man. There’s a story here I can’t miss.

It turns out that he’s actually designing some men’s suits. He lived in New York, LA and now moved to Chicago. Somebody introduced him to the fashion scenes there, and he’s in a contract to do a series of suits. Isn’t that awesome?